Xuan-Yuan Sword was wielded by the Yellow Emperor of ancient China to defend the ancient Chinese against the warlord Chi You and his aggressive subjects. After Chi You's defeat, this Sword was passed from generations to generations until now.

Being a Chinese made weapon, the Xuan Yuan Sword is unique in that it's only held by one hand, and features a unique draw animation. The primary attack is similar to Katana but much faster, while secondary attack has player characters pull the sword back and rest their left hand on it, then execute an upward heavy slash similar to BC-Axe Rusty - this attack can be held back like with the Katana.

Although not specifically an Anti-Zombie Weapon (even though it does in CF VN), the Xuan Yuan Sword features special effect when used in ZM/DM - it has extra heavy strike executed by click RMB then hold it for another sweep (Like BC-Axe Beast). Moreover, every successful zombie kill will heal 1 HP for the owner.

Available in all CF version along with Mileage Shop update.

Noble Silver
Add a photo to this gallery 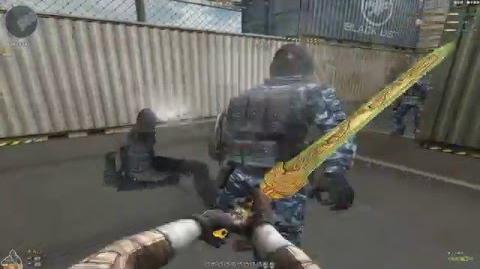 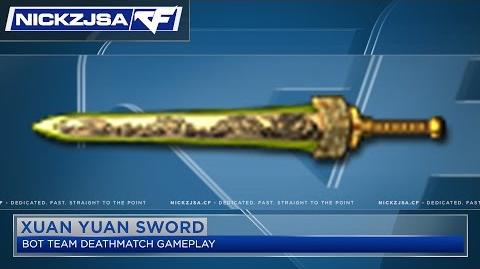 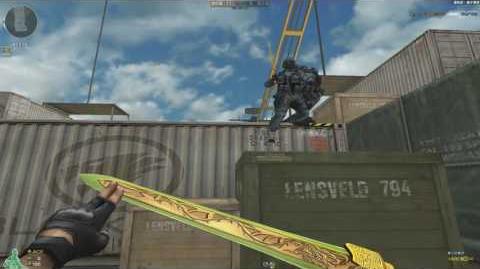 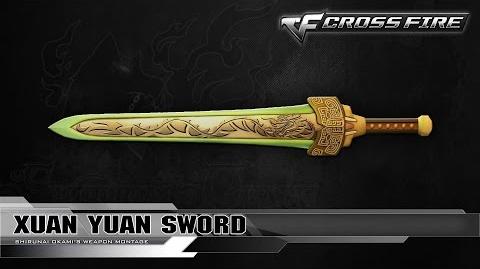 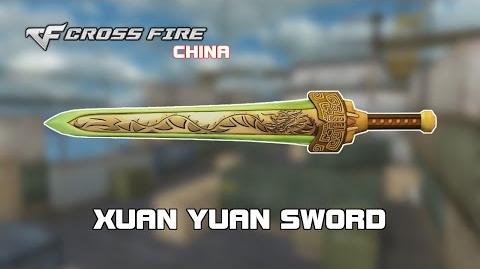 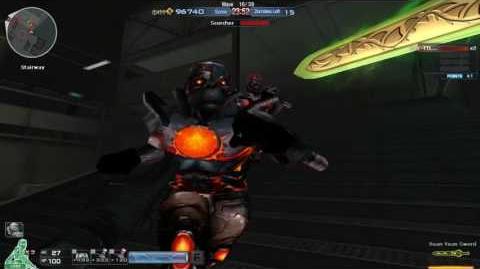 Retrieved from "https://crossfirefps.fandom.com/wiki/Xuan_Yuan_Sword?oldid=193995"
Community content is available under CC-BY-SA unless otherwise noted.