XM8 is an assault rifle featured in CrossFire.

XM8 is an assault rifle that moderately powerful, highly accurate, fast-firing assault rifle with a moderate recoil. Besides that, this weapon is effective at all ranges. The recoil pattern is fairly predictable, as consecutive shots tend to climb vertically.

This weapon also has a full wallbang damage dealing. Also, this weapon has a usable red dot sight for higher accuracy but sacrifices the firing rate (except in CF Vietnam). The red dot sight is also thicker and imprecise compared to M4A1-Custom's.

Since in CF Vietnam, the regular XM8 has an unusable red dot sight there is a unique variant called XM8-Dot Sight with a functional red dot sight, is available as a cash item in the Item Shop. Many players complain about this because XM8 was a very good gun and spending cash for a scope was unfair.

Xmas
Add a photo to this gallery
Notes:

Red dot sight
Add a photo to this gallery 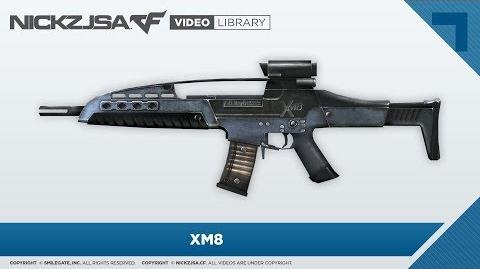 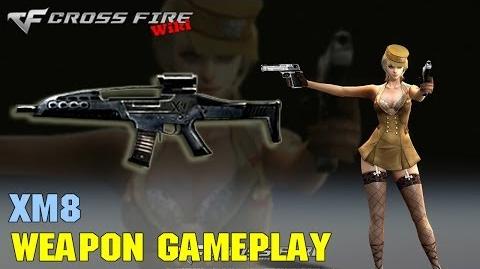 CrossFire - XM8 - Weapon Gameplay
Add a photo to this gallery
Retrieved from "https://crossfirefps.fandom.com/wiki/XM8?oldid=202976"
Community content is available under CC-BY-SA unless otherwise noted.