XM1014 is a semi-automatic shotgun featured in CrossFire.

XM1014 is a semi-automatic shotgun, which is lighter, has a fast drawing time and is able to reload faster than most shotguns. However, it's also weaker than the SPAS-12 and the Dual Desperado, firing less pellets per shot. This weapon is a good choice for close quarter combat as in smaller maps, though players may prefer other shotguns with better damage dealing instead, since the damage dealing of this gun is quite weak than the others.

WEM
Add a photo to this gallery 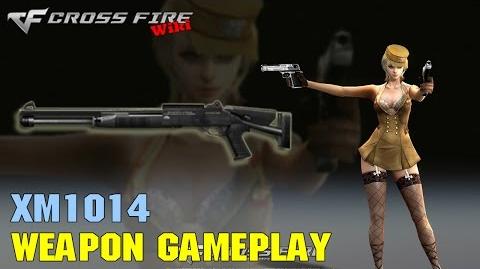 CrossFire - XM1014 - Weapon Gameplay
Add a photo to this gallery
Retrieved from "https://crossfirefps.fandom.com/wiki/XM1014?oldid=199177"
Community content is available under CC-BY-SA unless otherwise noted.