Wood Hammer takes the form of a large, bulky mallet which is considered a complete joke among most CF Vietnam players. Unlike the Knife, the Wood Hammer is large, takes long time to switch, and it attacks much slower than the knife (Player character swings it around like the Keris) but damage dealing is still the same (requiring 3-4 hits to take down an opponent). The secondary attack also takes the longest time to execute when the player character does a charged smash, much slower than the Knife.

A 2010 incident involved a kid who stabbed his grandfather to death to steal money to play CrossFire. When he was questioned by the police, he said:

This incident caused a huge pressure on CF Vietnam, especially its Melee Only mode and the default Knife that all players can access freely. In an attempt to cool down the media, VTC was forced to release a patch that permanently removes the Knife - in place of this is the Wood Hammer, which appears much less violent and deadly. Over time, the wound slowly heals and Melee Only eventually made its way back to CF Vietnam, but the Wood Hammer remains in place because anything that has to do with Knife will likely attract attention again.

Thunderbolt Noble Silver
Add a photo to this gallery 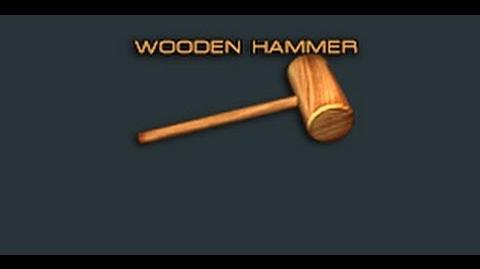 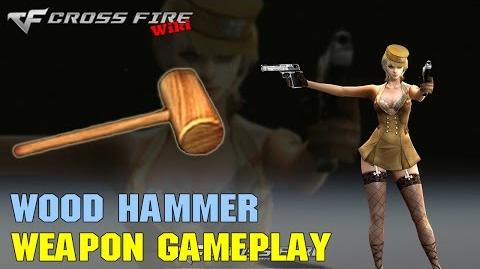 CrossFire - Wood Hammer - Weapon Gameplay
Add a photo to this gallery
Retrieved from "https://crossfirefps.fandom.com/wiki/Wooden_Hammer?oldid=188070"
Community content is available under CC-BY-SA unless otherwise noted.