Weapon Customization is a part of the VVIP System in CrossFire.

In this system, you can change the look of your VVIP weapons either partially or completely.

Color Customization (or Thousand Transform) is a perk of M4A1-S Prism Beast and part of the VVIP System which allows players to design their weapons by changing the color of some gun parts (usually 4). There will be a color pack given that is already available when buying M4A1-S Prism Beast. You can save your design permanently or change it at any time you want.

Initially, Weapon Customization was exclusive only in M4A1-S Prism Beast. In recent updates, some VVIP weapons in Victor class can also be color-customized; however, players will have to buy two different color packs and have fewer colors available than the M4A1-S Prism Beast's has. Players can customize the weapons if they want to.

As its name suggests, you can replace your VVIP weapons' default skin with a new one. Basically, it changes the look of your weapon, but still retains all perks featured in the weapons.

These are the current weapon skins that you can apply to VVIP weapons. Alternative Skins are specific to some guns and are included in their respective pages. 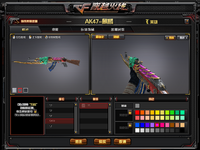 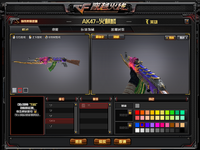 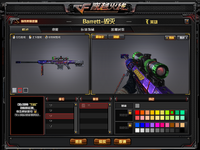 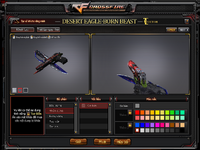 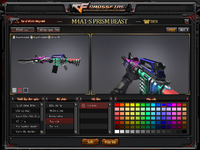 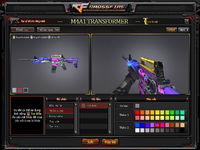