War Fan is a melee weapon featured in CrossFire.

War Fan is a fan designed for use in warfare and martial arts. War Fans are used for offensive and defensive purposes in Chinese, Japanese, and Korean martial arts.

In the game, it's a black hand fan armed with 12 small blades on the tip of the fan for close combat. It also has 2 dragon designs and Chinese writing plus a Gong Fu symbol in the center of the fan.

Statics wise, this weapon is quite close to Jungle Knife with similar animation, but it no longer features a 2-hit secondary attack. It has high damage dealing, which can instantly headshot unarmored enemy with a single slash (~88 HP if they have armor) and often takes 2 slashes in the body to kill them. While it has quite a short-range compared to most melee weapons, it still has a slightly longer range than Dual Karambit, Brass Knuckles, and Boxing Gloves and appears to be the same with Jungle Knife.

War Fan also features a special drawing animation in which player characters fold down the fan before closing it and smack it into their hand like the Spanner, and the secondary attack has player characters swipe the fan side-way, unfolding it and hit opponents with the blades; this attack has a wide range and capable of taking out many opponents at once.

Blue Pottery
Add a photo to this gallery 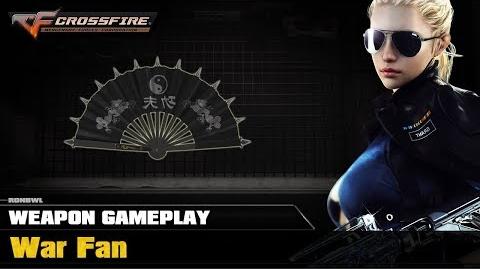 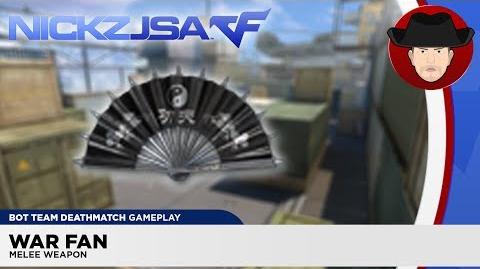 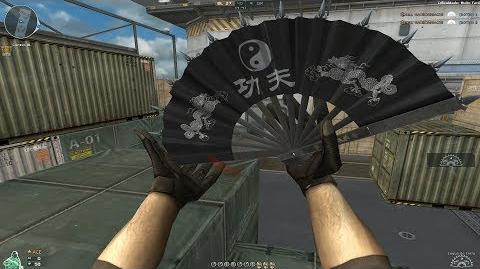