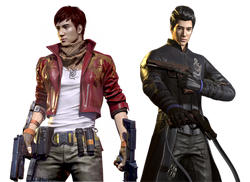 On the BL side, he wears the dark green shirt, white shirt along with the red dragon coat, and his hair is dyed dark red. On the GR side, he simply wears the dark blue suit with some dragon detail on his back and his right chest.

Similar to GEM, he also has his own voice pack. Also, he also has the unique HUD with shiny effect, which is different from previous male characters. 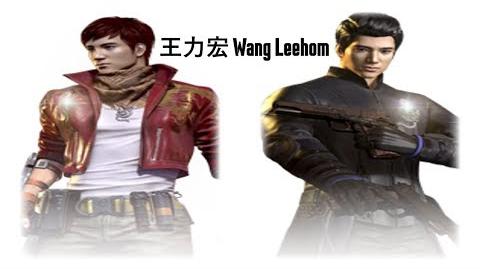