Ultimatum is a VVIP character set featured in CrossFire.

Same with other VVIP characters, this character set is composed of three female characters (Black List, Global Risk and Special) along with her exclusive voice pack and Throwing Knives. Unlike previous VVIP characters, she doesn't have the ability to use Furious Kick but instead, she can perform Flower Attack by pressing E. Same with Nymphs and Runaways, the Special form looks smaller than any normal characters in PvP mode along with unique crouching animation and unique ways to aim weapons and is only available in Zombie Mode.

On the BL side, she wears a red suit along with yellow details and some brown transparent fabric which exposes her underclothes; on her head, she has brown hair tied up and has a red flower on her head. On the GR side, she has black hair tied up as well and wears a blue outfit with some phoenix decoration on it along with black underneath clothes, long black gloves for her legs and arms. The Special side features yellow outfit with Desert Eagle equipped near her right chest; furthermore, she has blonde short hair and wears a yellow hat which suits her outfit.

Based on her looks, she can be considered to be the upgraded version of Orchid due to the Chinese-like outfit in the slit style. 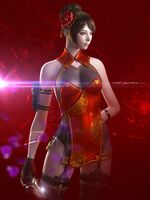 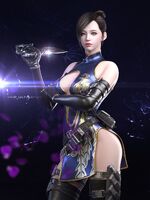 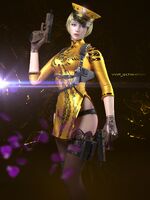 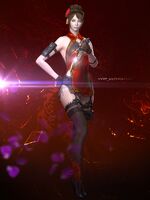 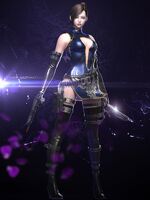 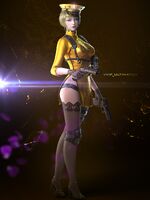 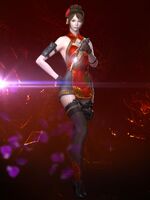 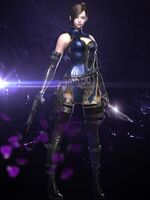 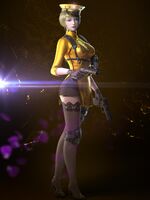 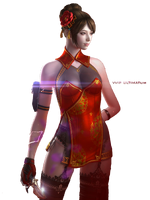 Render (GR)
Add a photo to this gallery

Special
Add a photo to this gallery 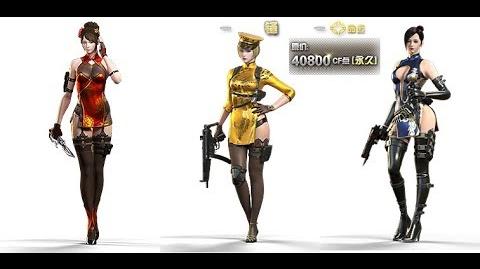