Thompson is a sub-machine gun featured in Crossfire.

The Thompson has average firepower and a very fast firing rate, and it has the fourth-largest ammo clip among all SMG behind A180, CBJ-MS, and PPSH-41, holding 60 rounds in its drum magazine with 120 in reserve. However, it has a long drawing time and reloading time, and its accuracy decreases greatly when spraying for too long, so it's better to do short burst spray to keep the recoil under control.

This gun is also best used in Mutation Mode and its variant due to its large ammo capacity. Players who prefer mutant-hunting can rely on Thompson's fast rate of fire, large clip, and light-weight to take on the mutants by themselves. 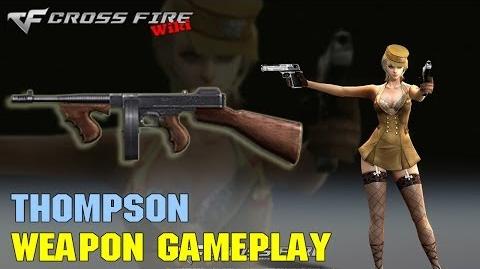