TAR21-Digital Camo is an assault rifle variant of TAR21.

The TAR21-Digital Camo uses the second generation model of TAR21, and it has significant improvements on the weapon. It has a golden digital camouflage paint job on the weapon's body and expanded magazine capacity to 35 rounds per magazine. It also have a faster drawing and reloading speed as well.

Unlike the original TAR21, this weapon has a usable red dot sight which improves accuracy on longer range.

HUD (Red dot sight)
Add a photo to this gallery 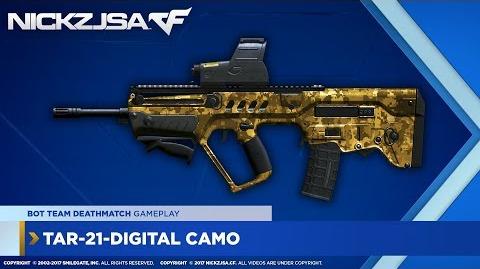 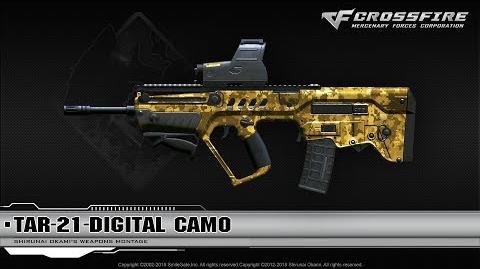 CrossFire China Tar-21-Digital Camo
Add a photo to this gallery
Retrieved from "https://crossfirefps.fandom.com/wiki/TAR21-Digital_Camo?oldid=194618"
Community content is available under CC-BY-SA unless otherwise noted.