Steyr TMP-Justice is a submachine gun variant of the Steyr TMP.

This gun features a partial black-white camo skin plus some black tapes on the barrel and grip, with gold Justice Logo, painted on the slider. It comes with a 35-round magazine (+5) and 105 in reserve. 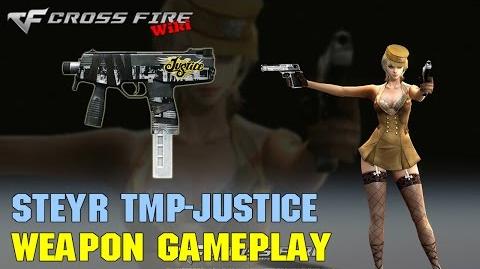