Smoke Grenade is a kind of throwing weapon available in Crossfire.

Smoke Grenade, as the name implies, when landing after thrown, it will release a cloud of smoke after a few seconds of fuze time.

Smoke Grenade is commonly used in Ghost Mode, since you can see the silhouette of the ghosts. Smoke Grenade also is used in Escape Mode to cover the (escape and movement of the) Black List team. Smoke Grenade is also commonly used in S&D mode (and variants) to disorient enemies, especially snipers, and let you and/or your teammates to rush to the enemy's base, or to cover the bomb (even though there is a chance that a GR member will sneak in and defuse the bomb).

It should be noted that hiding in smoke is not always a good idea, as expert players maybe will try to shoot a few rounds there to check out if the enemy is hiding in there. However, Smoke Grenade can be used to distracting the enemy (e.x: throw the Smoke Grenade to somewhere like a corner while you're hiding at a different location that nearby there to make a surprise attack, as the enemy would likely looking or checking at the smoke).

A large problem that should be noted is how smoke grenades are ineffective when playing a Team Deathmatch mode on small maps like Ship or Egypt. It will disorient snipers on both sides and will not allow a good view of the enemy positions unless they are in the smokescreen themselves.

In Mutation Mode & variants, some dirty players tend to use a smoke grenade to cover soldiers' camping positions, causing them to not visually see or detect incoming mutants, unless if they're equipped with smoke reduction items or a skilled character like ULP-X or Ngọc Trinh. In Challenge Mode and AI Bot Mode, the Smoke Grenade is completely useless as AIs can still see you in smoke and attack normally, also the same for the Flashbang. 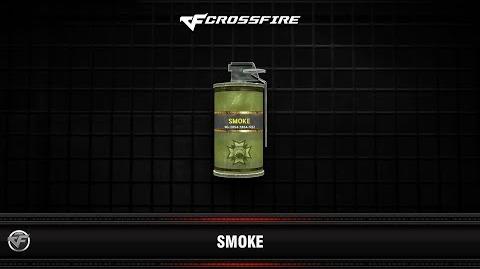