Start a Wiki
Shipyard is a new Defense Mode map set in a Royal Navy dockyard in the United Kingdom. This time, soldiers are tasked to not only protect the map's objective - an armored truck but to also defeat a Boss.

This is the second Zombie map to allow up to five players to join, three are still required to start the match. Soldiers can spend 100 GP to buy 50 credits and / or 200 GP to increase maximum credits to 120 (+20).

The starting cut-scene shows a Commando and an OMOH entering the control room from its ceiling, into the shipyard's hangar. An armored truck then bursts through a door onto the main floor of the hangar, thus indicating the start of the round.

Players will defend the hangar for the first five rounds, fending off zombies from the large gate, many windows, and side paths. There is two ammo station attached to the armored truck to refill ammunition. At round 5, fuel cans will drop, allowing players to gain some additional fuels (credits) to buy/upgrade tools.

After the fifth round, the hangar's gates will open up, allowing players to move outside with the armored truck, while also carrying their turrets, if they had any installed in the hangar. The zombies now emerge from the water, an elevated platform, and the dock on the left side.

Supply drops will arrive at Round 7 and 10, including AP Gatling Gun (20s), Laser Blaster (10s), fuel cans and a special Airstrike that can mark a larger area to be bombed by 5 rockets. Unlike in original ZM maps, these supply drops can be collected multiple times within the round instead of just one time.

The battle continues until Round 14 ends, then a Bonus Rounds comes up. Soldiers are required to shoot down some flying drones before they escape. The armored truck will automatically target close target, same for soldiers turrets - it's advised to bring every turret to the center of the map to clear the targets easier.

Unlike earlier maps, there are three bonus perks in this round that soldiers can earn by clearing a certain amount of targets. These include, in order: health points refill, 50% damage boost for a minute, and health refill for the armored truck.

All zombies from Last Spot but we have new:

Unlike in Last Spot, the soldiers will have to confront a boss at Round 15 - it is a huge mechanical tripod machine standing behind the Global Risk battleship, sending his minions after the armored truck. He has two basic attacks:

Unique to all other maps, this time Soldiers have Airstrike Support that will continuously attack Tripod with fighter jets. Thus, the safest strategy is to just focus on defending the Armored Truck and only shoot Tripod with Laser Blaster / Gatling Gun AP. This will ensure that the Armored Truck won't be overwhelmed while Tripod's HP goes down at a time. When he's reduced to 1/3 of his life bar left, it's safe to ignore the zombies and focus on shooting him down.

This map utilizes all existing tools from Last Spot, with two additional one. The turret can now be upgraded up to level 5, if a player have a Lv.5 Turret item equipped.

Like in the Last Spot, players earn items throughout the match based on how well they perform, and everyone gets one Silver box at the end of Round 15 (Plus a Gold one for anyone that has a Gold ticket). Here is the list of exclusive prizes for this map: 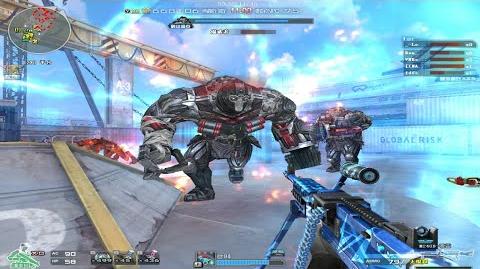 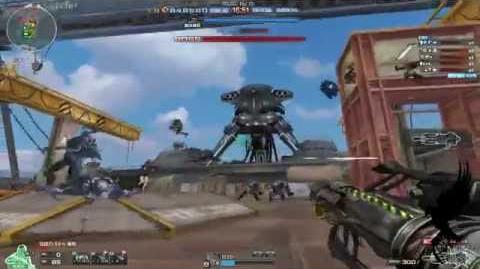 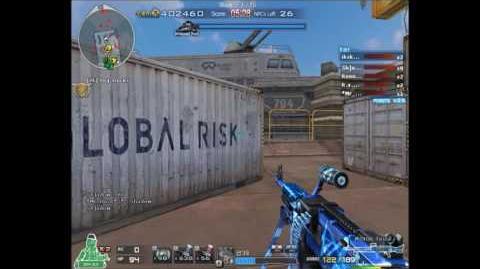 Crossfire Europe - Shipyard gameplay Biohazard 2
Add a photo to this gallery
Retrieved from "https://crossfirefps.fandom.com/wiki/Shipyard?oldid=204491"
Community content is available under CC-BY-SA unless otherwise noted.