SCAR Light-Black is an assault rifle variant of SCAR Light featured in CrossFire.

This gun is the plain version of the SCAR Light-Black Stripes without silver stripes and features a newer HUD which don't break characters' finger. It comes with 35 rounds magazine (105 in reverse) and enhanced accuracy. 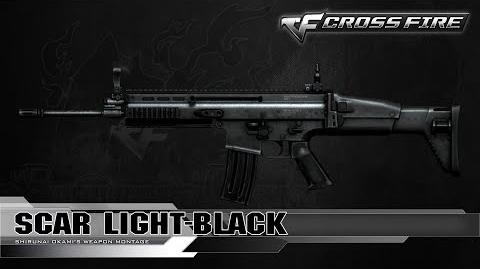 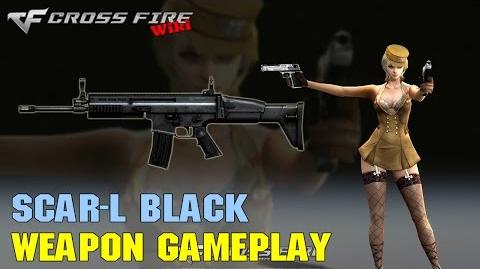 CrossFire - Scar-L Black - Weapon Gameplay
Add a photo to this gallery
Retrieved from "https://crossfirefps.fandom.com/wiki/SCAR_Light-Black?oldid=186119"
Community content is available under CC-BY-SA unless otherwise noted.