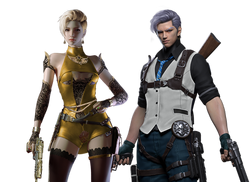 The King of Hitomi (CN)

Runaways-Noble Gold is a Noble Gold character variant of Runaways featured in CrossFire.

This character has the same model of the BL and GR side of its VVIP counterpart. On the BL side, she has blonde hair and wears a gold outfit instead of brown while on the GR side, he wears a silver-blue outfit and his hair is now silver-painted instead of gray.

Unlike other reskinned VVIP characters, this character shares the same voice pack (BL and GR) with its VVIP counterpart; however, they don't have any VVIP perks, including the Furious Kick, Throwing Knife and the Special form in Zombie Mode. 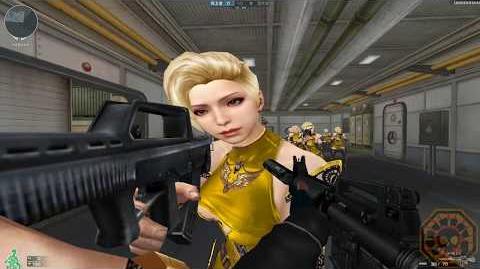