RSH-12 is a very powerful handgun featured in CrossFire.

The RSH-12 is a massive .50 caliber revolver, featuring a 5 shot cylinder with 20 rounds in reserve. It has a similar appearance with MATEBA. And also a similar performance, draw, and reload animation with the Raging Bull.

It is capable of consistent 1-hit chest shot kills up to medium range, against either armored or unarmored enemies. It takes 2-3 hits in the arms/legs to kill. The RSH-12 has a slower firing rate, stronger recoil, and slower draw speed compared to the Raging Bull. But the RSH-12 reloads faster.

The RSH-12 is one of the 1-hit chest kill capable "handcannons" in CrossFire; alongside the Raging Bull and BFR (the RSH being the strongest, fastest reloading, and slowest firing among the three).

Infection
Add a photo to this gallery 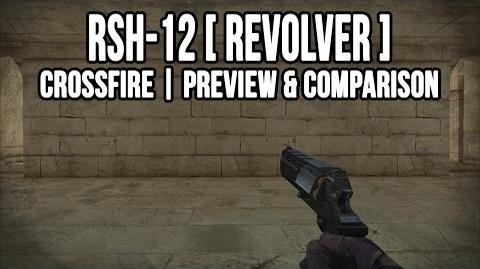 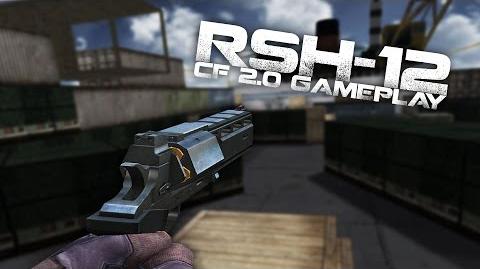 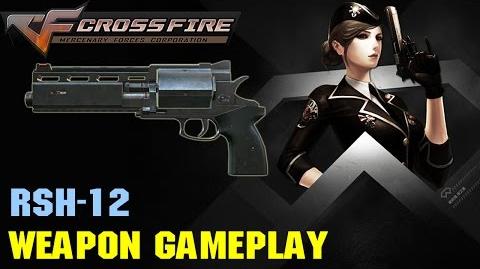