RPK-Camo is a machine gun variant of RPK featured in CrossFire.

The RPK-Camo has a camouflage paint job along with the weapon, and it has an increased magazine capacity and also slightly more powerful.

It still has high damage dealing and magazine capacity, decent firing rate and accuracy, and quite lightweight. 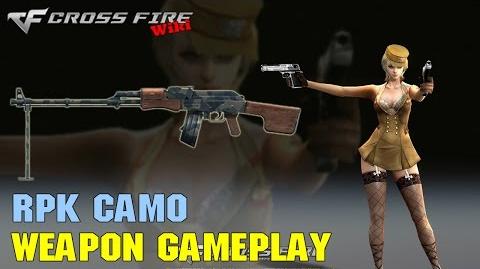