RPK is a kind of machine gun featured in CrossFire.

RPK is a machine gun based on the design of the AK47. It costs quite a bit for a machine gun that has 20-rounds less than the M60, but its attributes make up for it, as fewer bullets are needed per kill.

Its attributes and behavior are also similar to those of the AK47. It has a high damage output, dealing with pretty high damage per bullet. The accuracy is similar to an AK47 and has strong but predictable recoil.

If compared with M60, RPK is proved to be much easier to control as having predictable recoil & high accuracy, which makes it more potential to use in-game mode other than Mutation Mode & Zombie Mode while M60 itself provides more power & more ammunition.

Available in all CrossFire version. 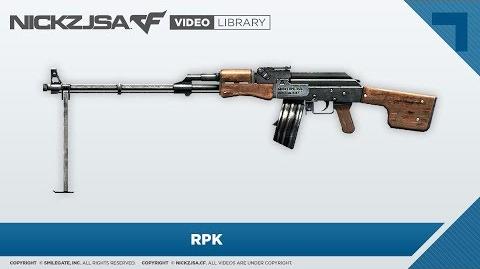 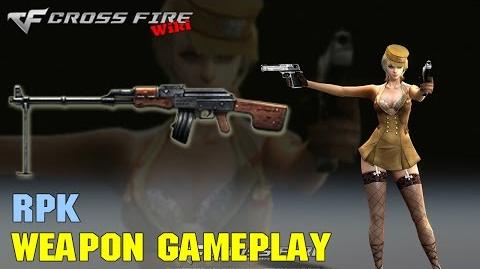