QBZ-95-Titan is a assault rifle variant of QBZ-95.

It has the gray silver and red color texture on the design. It has 35 rounds per magazine and its stats is the similar to the Digital Camo variant (except CF Vietnam); however, it doesn't have the 3 burst-shot mode. 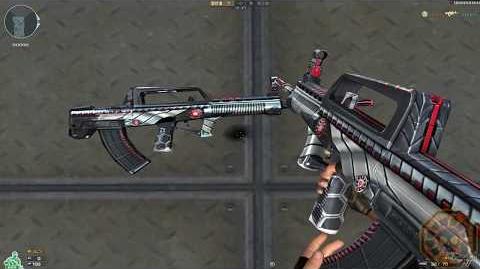 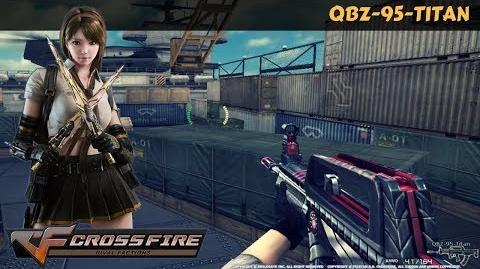 CrossFire Vietnam - QBZ-95-Titan
Add a photo to this gallery
Retrieved from "https://crossfirefps.fandom.com/wiki/QBZ-95-Titan?oldid=190694"
Community content is available under CC-BY-SA unless otherwise noted.