QBZ-95-Royal Dragon is an assault rifle variant of QBZ-95.

This weapon features the Royal Dragon design on its body and it has expanded magazine capacity to 35 rounds per magazine. Similar to the Digital Camo variant, it also features a faster drawing and reloading speed as well (except CF Vietnam).

HUD (Burst shot)
Add a photo to this gallery 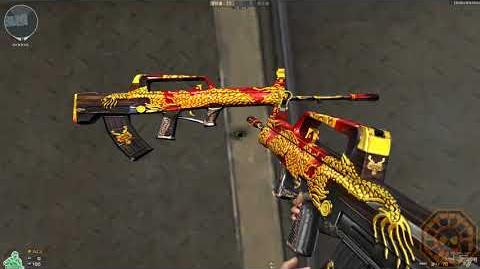 Cross Fire China QBZ95-Royal Dragon !
Add a photo to this gallery
Retrieved from "https://crossfirefps.fandom.com/wiki/QBZ-95-Royal_Dragon?oldid=190683"
Community content is available under CC-BY-SA unless otherwise noted.