QBZ-95-Armoured Beast is a VVIP assault rifle variant of QBZ-95.

This gun features an Armoured Beast design with blue and red visual effect on it, along with a modified reloading animation that is faster than all other QBZ-95 variants. It also features a special 3-burst shot where the players tilt the gun and aim with the back up sight. Like M4A1-S Predator in Mutation Mode, this weapon can carry up to 49 rounds per magazine.

Like the Guan Yu Package, when paired up with Desert Eagle-S Armoured Beast and Invisible Assassin Sword-Armoured Beast, it will have exclusive border for the the three said weapons in the storage and one for the character in the Loading Screen. the character arms will be "armoured" with silver steel when holding Armoured Beast weapons, including the grenades. In matches, it also has exclusive killmark when gaining a score. 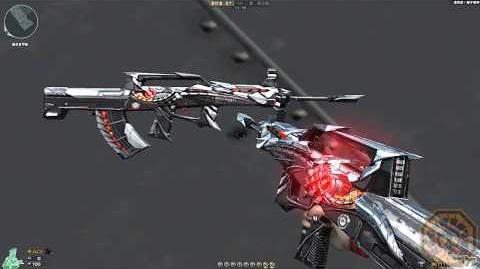 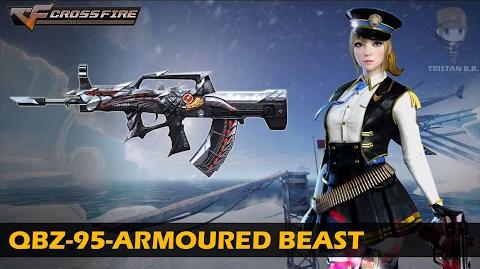 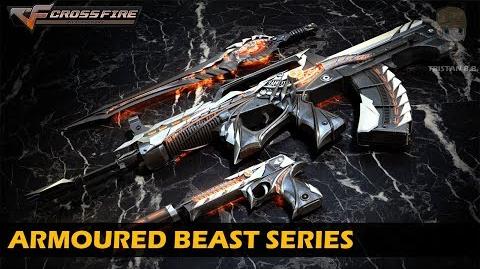