Python is a magnum revolver featured in CrossFire.

The Colt Python is a six-shot double-action revolver chambered for the .357 Magnum cartridge. It is one of the few handguns wielded with one hand in CF.

It has high accuracy, very fast firing speed, fast draw speed, and fast reloading speed. It deals high damage to the enemy (2-3 hit kills to the body at close range) and it also has very low recoil, allowing for accurate rapid fire.

As a downside, the Python is less effective than the Desert Eagle at long range, due to quicker damage drop as the distance increases. 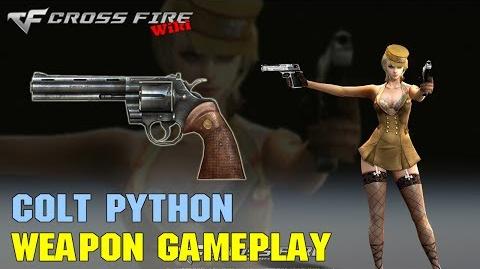