Pentagon is the fourth Elite PVE Mode map, which is located inside a pentagon shaped robot manufacturing facility. The soldiers arrive at the sector in order to destroy an army consisting mostly of robots and then confront the Hyperion boss.

Soldiers are tasked to shut down an assembly line in a facility named the Pentagon. They will have to go up against an infinite amount of robots and other creatures until certain milestones are reached, which will summon a series of deadly bosses.

Like with Evil Mansion, the are five NPC soldiers stationed in the map to aid players in fighting off the horde. As Soldiers kill zombies, they earn Tokens which can be spent on the Bot Shop to increase damage dealing and level up the NPC soldiers, which makes them tougher and more accurate with their shots.

After the first milestone is reached, the Reactor Behemoth emerge, in order to shake things up. It definitely got some upgrades since its appearance in Battleship; as it now has thruster functionalities and an energy shield, which both activates when its health becomes critical. Here's the list of all of its attacks:
Reaching the second milestone summons the Mechanical Device from Boss Arena, which is still manned by an unknown entity in a hazmat suit. It also received some minor upgrades, granting it deadlier attacks and also healing capabilities. Here's the list of all of its attacks:
---
---
In a match, there is a low chance to encounter the Gilded Hyperion Boss. It behaves nothing much from the original one, but players can get twice the reward after defeat the boss. 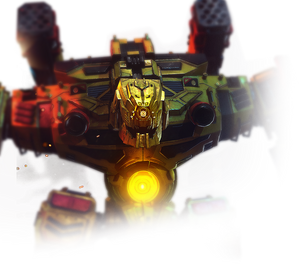 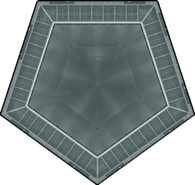