P90-Wild Shot is a specialized variant of P90 sub-machine gun featured in CrossFire.

The P90-Wild Shot features a new model, which is a P90TR (Triple Rail) model without the red dot sight. This weapon comes with a futuristic nano skin with black green color. It has a 60-round magazine (+10), just like P90-Camo. Same with Steyr TMP-Ghetto, the P90-Wild Shot can be toggled between single and dual wield mode.

Compared to the standard P90, the Wild Shot deals slightly more damage, has a faster draw speed, faster reload speed, and better accuracy + less recoil. However, its damage is still surpassed by the P90-Balance's damage, the strongest P90 variant so far.

As an Anti-Zombie weapon, the P90-Wild Shot receives a huge ammo buff in Zombie Mode with 180 rounds magazine (180 in reserve). This gun is always dual-wielded in CM/DM, and it features an energy bar like other pieces - when the bar is full, clicking RMB will let players switch to a Domination variant with 300 rounds in total, which has even better accuracy and lower recoil, plus double firing speed.

Fatal Wasp
Add a photo to this gallery

HUD (PvE, charged)
Add a photo to this gallery 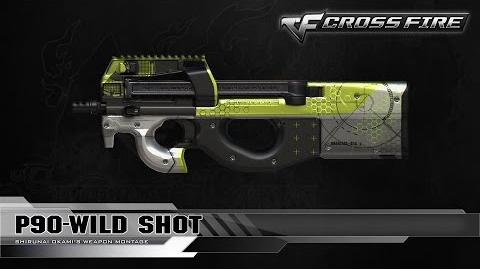 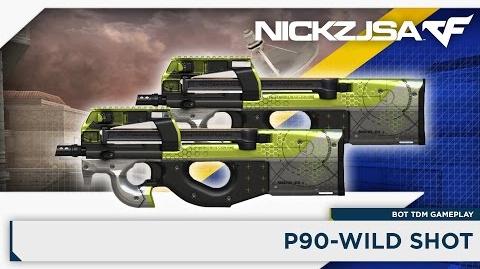 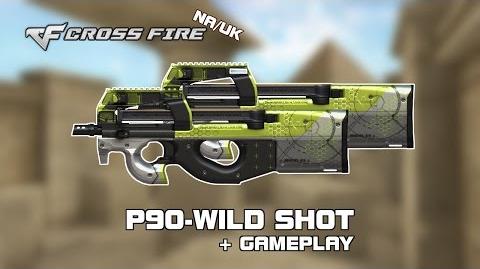 CF NA UK P90-Wild Shot review and ZM3 gameplay by svanced
Add a photo to this gallery
Retrieved from "https://crossfirefps.fandom.com/wiki/P90-Wild_Shot?oldid=193994"
Community content is available under CC-BY-SA unless otherwise noted.