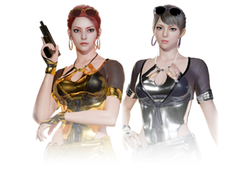 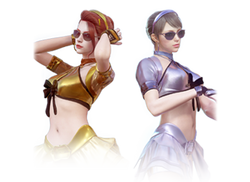 The Nymphs has now suited up a new swimsuit for the hot summer. The BL side wears the gray sunglasses with the gold-black swimsuit while the GR one wears the black sunglasses and the black-silver swimsuit. The character also receives a unique HUD model as well.

The character can do a series of arm dancing by pressing N.

Global Risk (Beta)
Add a photo to this gallery

Render (Beta GR)
Add a photo to this gallery