Mosin Nagant-St. George's Ribbon is a patriotic variant of the Mosin Nagant featured in Crossfire.

As its name suggests, this Mosin Nagant variant features a maroon-yellow color combination with the stock painted with the Ribbon of St. George symbol, as well as various Russian decals around its body.

Like its original variant, this gun is still very powerful and has 5 additional rounds for a total of 10/30 (+5), and has a fast reload time per bullet. It still has the same 1 level zoom scope and random damage loss that occurs when shooting armored enemies, but players can perform a jump-shoot no-scope with 100% damage hit. Also, St. George's Ribbon variant does not seem to have accuracy issues with the scope like the original.

In CF West, it deals the same amount of damage as the regular AWM, without the random damage loss.

Third person view
Add a photo to this gallery 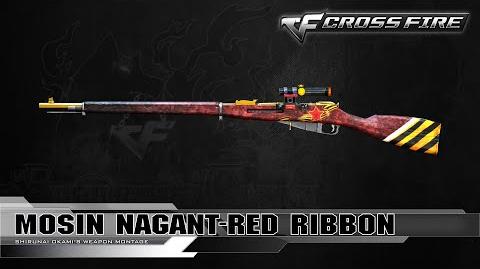 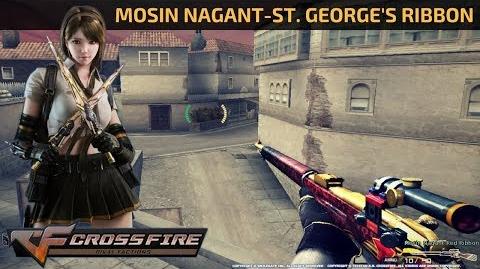