M4CQBR is an assault rifle in CrossFire.

The M4CQBR is a modification of M4A1 with a replacement upper receiver that developed by the US Navy. The purpose of the CQBR remains to provide operators with a weapon of submachine gun size, but firing a rifle cartridge.

It also modified with a retractable buttstock, a handguard, a silencer, and a holographic sight.

Unlike the M4A1-S, this weapon has a faster firing speed, but has slow reloading and drawing time. It also comes with functional holo-sight which is useful for long range battle. When using the holo-sight, the recoil is reduced greatly and accuracy increases, but it sacrifices some of the firing speed.

This weapon able to hold 30 rounds per magazine.

Dual Mag-AP
Add a photo to this gallery

HUD (Holographic sight)
Add a photo to this gallery 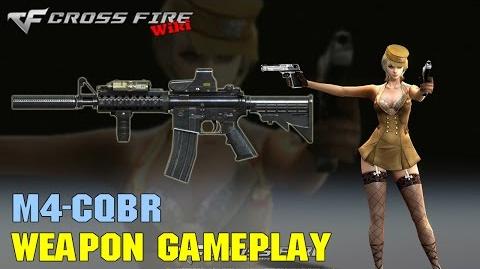 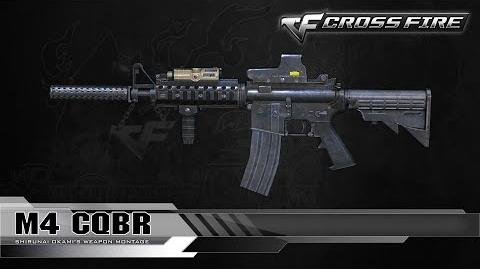 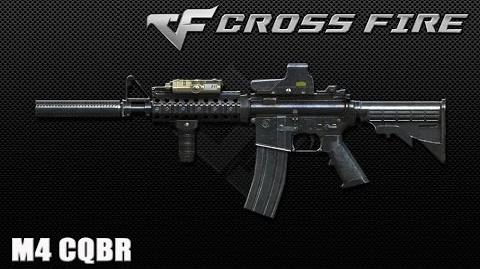 CrossFire Vietnam 2.0- M4 CQBR ☆
Add a photo to this gallery

Retrieved from "https://crossfirefps.fandom.com/wiki/M4CQBR?oldid=204299"
Community content is available under CC-BY-SA unless otherwise noted.