M4A1 Silencer is one of the earliest assault rifle variant of the M4A1, spanning its own line of "Silenced M4" series.

This weapon is just a regular M4A1 fitted with a black silencer, making it possible to fire without causing much noise and giving tactical espionage in matches. It is very useful in Ghost Mode and Shadow Mode as players could spray randomly without disturbing their teammates, while they can still be able to hear the breath and footsteps of Ghost/Shadow. However, it has a slightly increased recoil and slightly weaker than the M4A1 (possibly to balance gameplay), but otherwise the draw/reload time is equal to normal M4A1.

In most CF versions, this gun comes with an upgraded ammo capacity (+5), while in some other it has normal ammo capacity instead.

SAS firing an M4A1-S, as seen in CrossFire CGI Trailer. 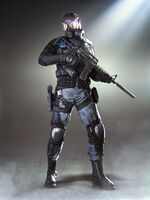 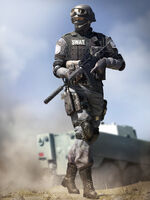 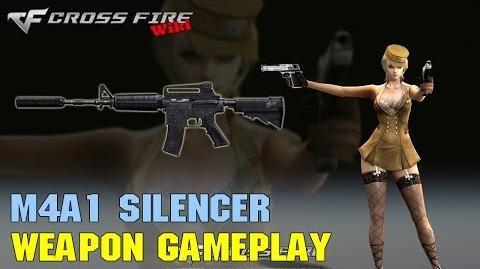