M4A1-XS Legend Dragon is an assault rifle variant of the M4A1-X featured in CrossFire.

M4A1-XS Legend Dragon is based from the American-made M4A1 which has been modified to increase the convenience. It is fed with 5.56x45mm NATO and each magazine holds 35-rounds of it. This weapon features a fading blood red to black color scheme with brown dragon decals all over its body, increasing its price value.

This weapon has many improvements such as enhanced firepower and faster drawing/reloading speed, albeit with higher recoil than any other M4A1s. However, when players get used to its recoil, M4A1-XS Legend Dragon proves to be very dangerous as it can easily score headshots at any distance. 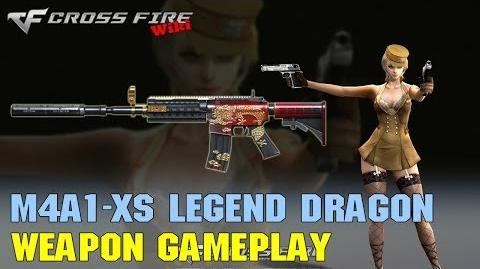 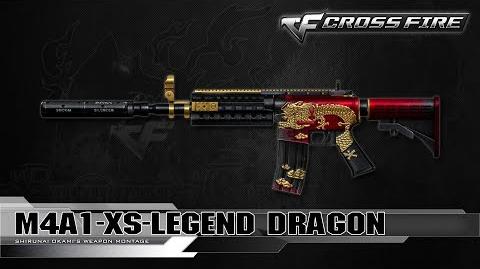 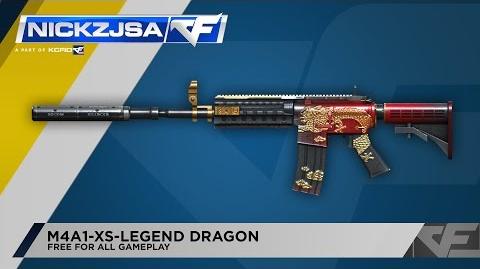 CrossFire Indonesia M4A1-XS-Legend Dragon
Add a photo to this gallery
Retrieved from "https://crossfirefps.fandom.com/wiki/M4A1-XS_Legend_Dragon?oldid=175885"
Community content is available under CC-BY-SA unless otherwise noted.