You may be looking for the normal M4A1-Gold instead.

M4A1-Stripes Gold is an assault rifle variant of the M4A1.

Unlike the normal Golden variant, this weapon features a complete golden skin with stripe-like patterns on it, and it looks much more shiny. It also has an increased magazine capacity.

Render (SWAT)
Add a photo to this gallery 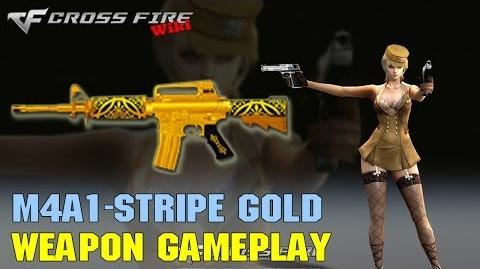