M4A1-S Under Tech is a specialized assault rifle variant of the M4A1 Silencer.

Like the AK47-Buster, this gun received an overwhelming change in design, with the carrying handle removed, a new barrel that can be open or closed when reloading to cool the heat, and an Under Tech Loading Gate mounted to the side that allows the magazine to slide in angled rather than vertically. Because of the new barrel's mechanics, player characters now hold the magazine instead of the handguard. M4A1-S Under Tech performs more or less similar to other M4A1-S variants with good firepower and accuracy, decent recoil, but it receives a unique faster drawing/reloading animations than most other M4A1-S (only behind the VVIP variants). Plus, this weapon has full wallbang damage.

In Zombie Mode, this gun becomes an Anti-Zombie Weapon and receives ammo buff significantly (40 rounds per magazine); also, it receives much faster-firing speed, with very low recoil and the screen doesn't shake at all. It features a charging bar like other Anti-Zombie Weapons and when fully charged, pressing RMB will activate the Laser Blaster Module that opens up the gun's barrel and discharge a powerful Laser Beam, dealing massive damage against zombies and it penetrates all foes on its way. Furthermore, the Laser Beam can help you and your teammates heal if pointing the Laser Beam at them, with 4 HP per shot.

Gold (LV3)
Add a photo to this gallery

Gold PC Cafe
Add a photo to this gallery

Laser Beam
Add a photo to this gallery 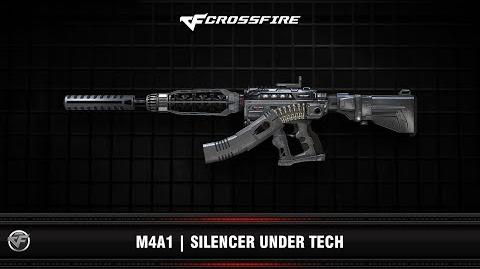 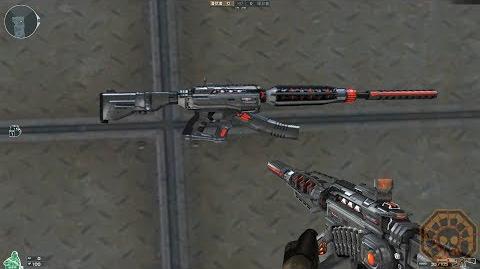 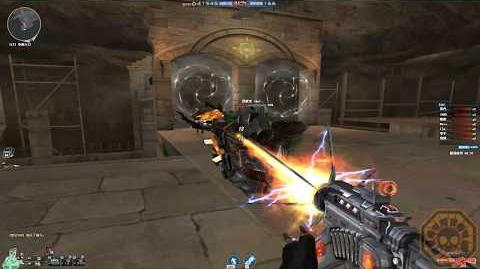 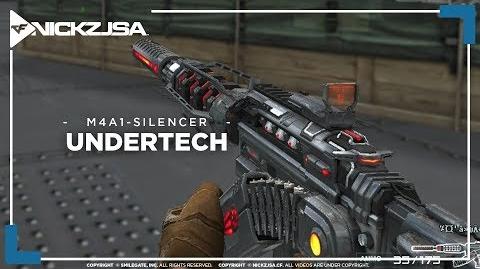 M4A1-Silencer-Undertech (PVP) CROSSFIRE China 2.0
Add a photo to this gallery
Retrieved from "https://crossfirefps.fandom.com/wiki/M4A1-S_Under_Tech?oldid=202636"
Community content is available under CC-BY-SA unless otherwise noted.