It looks similar to the QQ variant along with the red texture and the 10th anniversary mark of CF China on the design; however, it has different Chinese words written on the body and only has 1 penguin icon (on the magazine) instead of 2 (another one on the handle). It has 35 rounds per magazine and fast drawing/reloading speed. 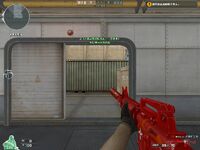 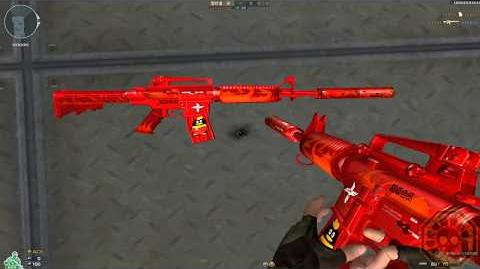