It features the same model and animations of the M4A1-S Prism Beast, but it has a full gold plate texture and silver steel texture on its body. It has no VVIP perks but still retains its triple melee attack and fast reloading speed.

After upgrading, it will have the same VVIP perks of the M4A1-S Prism Beast, including the Color Customization and Weapon Display.

Weapon Customization
Add a photo to this gallery 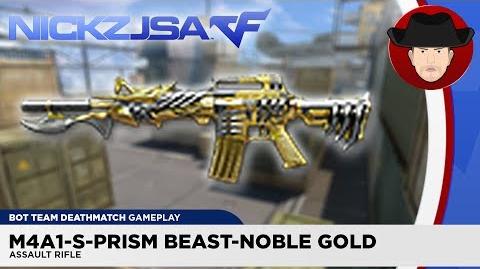 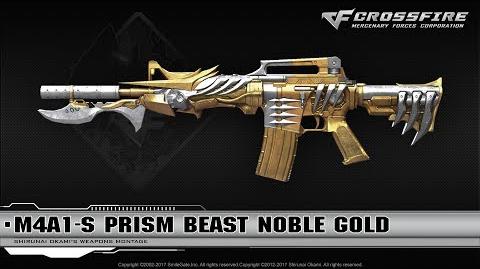