Similar to other Imperial Gold weapons, it has the same model with M4A1-S Prism Beast, but it has the gold and silver texture on its body similar to the Noble Gold with many galaxy glitter effect around the weapon and visual effect like its VVIP counterpart. Its reloading animation is different as the players uses a new magazine and put it to the weapon to break the old one into pieces.

Like the Noble Gold variant, it has no VVIP perk but still retains triple melee attack and uniquely fast reloading speed.

HUD (Glitched)
Add a photo to this gallery 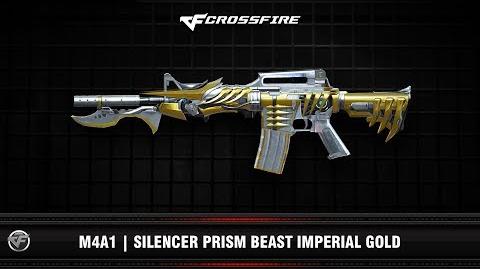 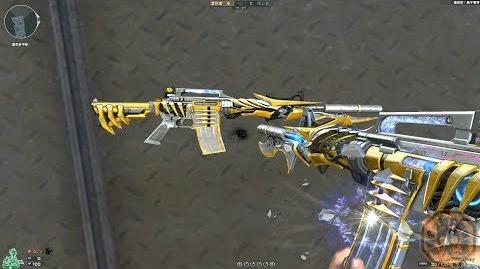 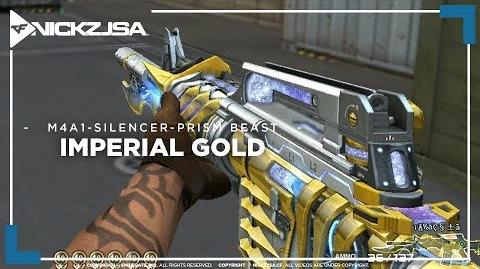