M4A1-S Iron Wolf is a VVIP variant of the M4A1 Silencer assault rifle.

The M4A1-Silencer is now featured with furious silver wolf design, along with being gold-plated and blue light effect on it. Like any M4A1-VIP, this weapon has a usual buttplate melee attack for melee combat and increased reload speed, however since it's placed in Noble class, its reload speed is only on pair with the M4A1-S Jewelry variant, and inferior to all other M4A1-S VIPs.

Similar to M4A1-S G Spirit, this weapon is the combination of M4A1-S and Glock-18. The M4A1-S is simply a rifle kit for the Glock-18 as it can be either attached or detached. This can be done by pressing 1 to toggle between M4A1-S Mode amd Glock-18 Mode.

The Glock-18 Iron Wolf's design is somehow similar to Desert Eagle. When changed to the Glock-18 Mode, the pistol is hold one hand. Because of that, combining with the fully automatic firing mode, it has very high recoil and low accuracy, but higher damage dealing. 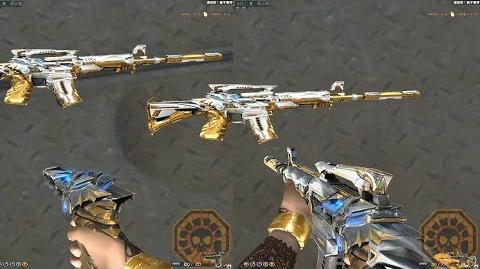 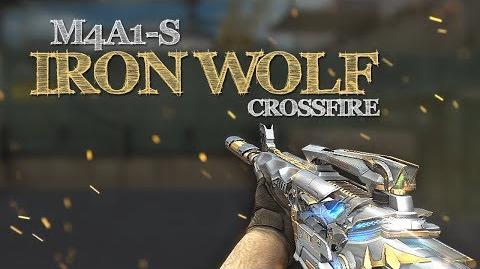 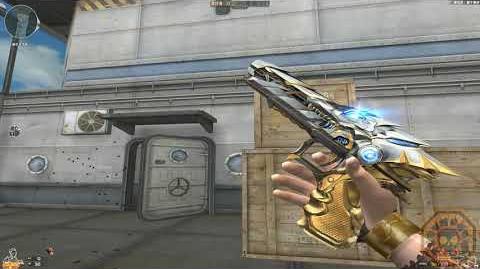 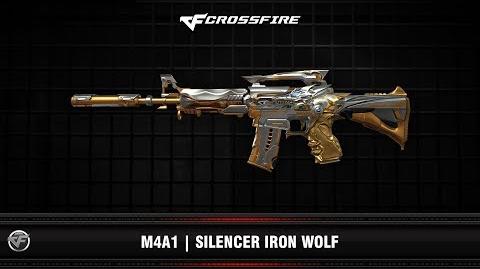 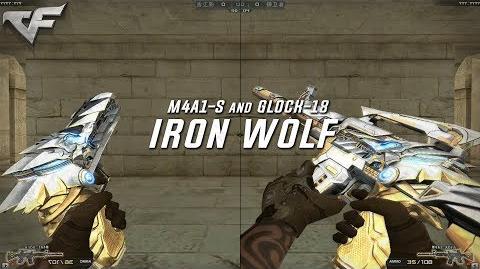