M4A1-S G Spirit is a VVIP variant of the M4A1 Silencer assault rifle.

This VVIP M4A1-S variant features a unique dragon-themed skin with a yellow-red-green color scheme and Guan Yu Spirit decorations. It comes with a 38 round capacity (36 when traded) and overall improved performance stats. This rifle is bundled along with a Glock-18 G Spirit secondary pistol when first bought.

Uniquely among all the other M4A1-S, this gun receives an overwhelming amount of upgrades including unique animations and a separate Glock-18 G Spirit back-up pistol that's mounted on the side of the gun.

It features a total of 4 attacking methods: The first two are the usual LMB rifle shooting and the RMB buttstock melee attack. The third one is an executable attack during reload animation if R key is pressed during its available window - the player's character will throw the used mag forward, working like a makeshift melee attack (deals moderate-high damage). The fourth attack involves quickly switching to the mounted back-up pistol and fire it in automatic mode (this firing mode has a lot of recoils compared to the rifle). 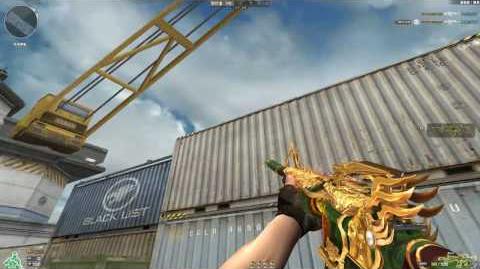 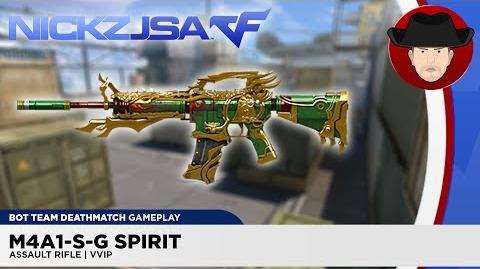