It has the gold and silver texture on its body similar to the Noble Gold variant with galaxy glitter effect around the weapon and visual effect like its VVIP counterpart. Uniquely, this weapon features new animations, especially the new reloading animation as the character simply uses a new magazine, put it to the weapon and the old one got broken into pieces.

Like the Noble Gold variant, it has no VVIP perks, but still has uniquely fast reloading speed and buttplate melee attack.

Buttstock Melee
Add a photo to this gallery 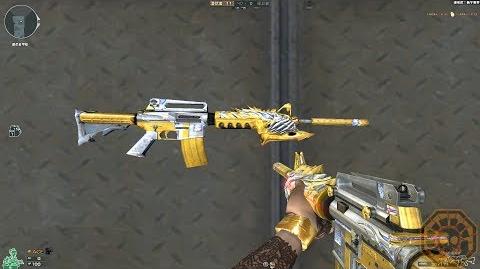