M4A1-S Beast is a VVIP assault rifle variant of the M4A1 Silencer.

It has a similar design to the AK47-Beast, including the animated red-eye, but has darker color schemes overall.

The M4A1-S Beast fires 5.56x45mm NATO ammunition. Though it still has the same damage as that of a regular M4A1, it has high accuracy, a high rate of fire, a suppressor, and a usable buttstock that can be used as a secondary melee attack in the close range. The M4A1-S Beast also boasts an extremely fast reloading speed. 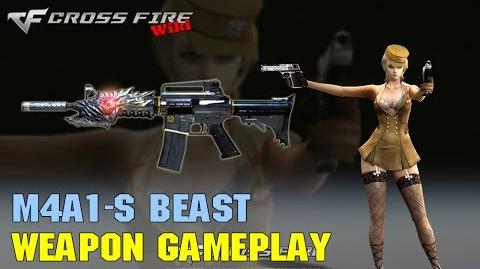 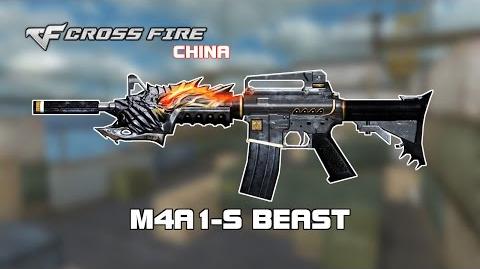