This article is about the M4A1 Gold available in CF West. For the shiny, fully gold-plated M4A1 variant with stripes, see M4A1-Stripes Gold.

M4A1-Gold is an assault rifle variant of the M4A1.

It features the golden skin with a black grip, barrel, and stock. It has additional ammo depending on servers. 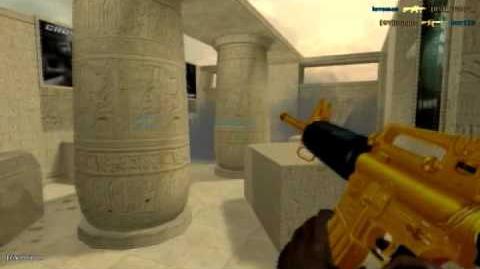 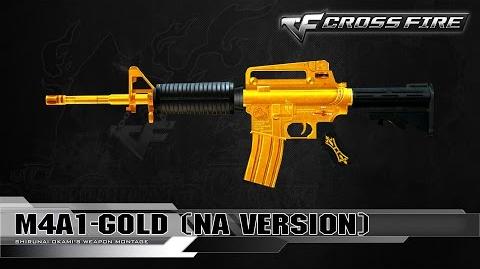