M4A1-Custom Brazil is an assault rifle variant of M4A1 Custom in CrossFire.

M4A1-Custom Brazil still retains the original M4A1-Custom's features, but similar to the M4A1-S Liberty, this gun has the color scheme of Brazil flag painted on its body.

Also it featured with expanded magazine capacity to 35 rounds magazine (+5) and improved firepower.

This gun was designed by a Z8Games Brazil Forum Designer called "Akah", and after 2 years, the plan was put in the pen and finally the M4A1-Custom Brazil got out of the paper.

HUD (Scope)
Add a photo to this gallery 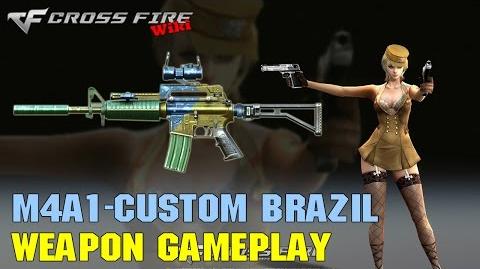 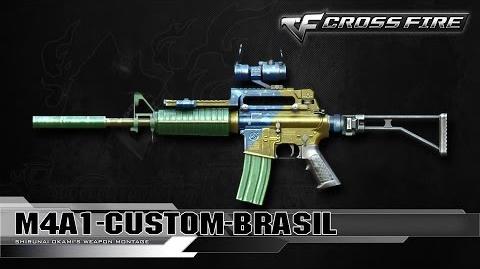 CrossFire Vietnam M4A1-Custom Brazil ☆
Add a photo to this gallery
Retrieved from "https://crossfirefps.fandom.com/wiki/M4A1-Custom_Brazil?oldid=185082"
Community content is available under CC-BY-SA unless otherwise noted.