M4A1-10th Anniversary is an assault rifle variant of the M4A1.

The M4A1 features the anniversary logo to celebrate the 10th anniversary of some CrossFire versions.

In CF Vietnam, it features the 10th anniversary logo of CF Vietnam on the receiver and ones flying around the weapon. Similar to the Balance variant, it has original weapon stats.

In CF West, it is a variant of the M4A1-CFS and features a CF logo on the weapon with an orange X in the background symbolizing 10 as a roman numeral in years of service. Also, its killmark has the acronym 'SGW' for Smile Gate West.

Reload
Add a photo to this gallery 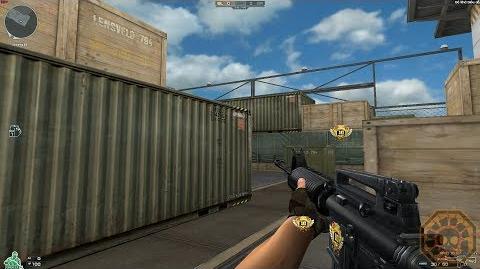 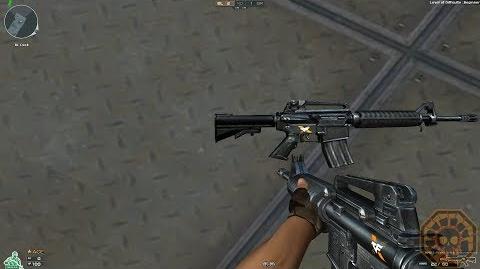 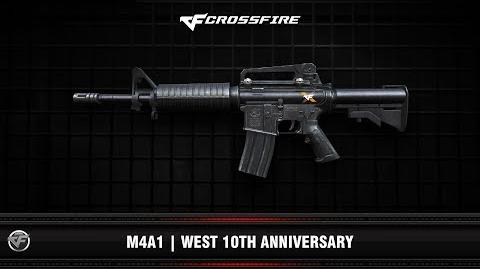 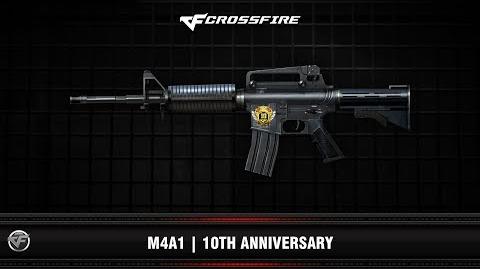 CF M4A1 10th Anniversary
Add a photo to this gallery
Retrieved from "https://crossfirefps.fandom.com/wiki/M4A1-10th_Anniversary?oldid=193491"
Community content is available under CC-BY-SA unless otherwise noted.