M4A1 is one of the basic Assault Rifles, available in all CF versions.

The M4A1 carbine is a fully automatic variant of the basic M4 carbine intended for special operations use. The M4A1 was introduced in May 1991 and was in service in 1994.

This gun is fairly popular as it has decent accuracy, fairly low recoil and moderate damage but has a slower draw/reload time than AK47. Overall, M4A1 is a great gun for beginners, is good for almost any situation and is available without any rank requirements.

At close distance, it falls short to higher-power rifles such as the AK47, SCAR Heavy and Shotgun. Medium range is the strength of the M4A1 because of its decent accuracy and medium recoil. Bursting may be required at long range; single shots over long distances hit well. However, as players rank up, they may choose to abandon the M4A1 in favor of even more accurate, lower-recoil rifles such as the SCAR Light or XM8. All in all, the M4A1 is a reliable weapon with decent stats and not entirely obsoleted by higher-ranked weapons. The M4A1 has good rate of fire and is effective at close range.

In all CF versions, this gun is available in Item Shop (GP item), with no rank restriction. As mentioned earlier, it's widely popular among beginners, and most of them choose this gun as their starting weapon.

M4A1 is heavily used by the U.S military. It is slated to eventually replace the M16 rifle for most combat units in the United States Army. It uses 5.56x45mm NATO rounds, used by most assault rifles. The M4A1 is used by almost all U.S special operation units, including Navy SEALs.

The basic variant of M4A1 without any extra attachments.

Variants of M4A1 that have attached silencers.

The other variants of M4A1 with added silencers, optical sights and unique skins.

(*): These weapons have been removed. 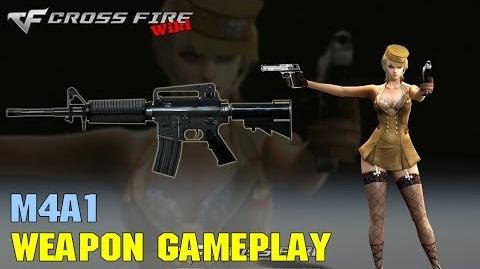 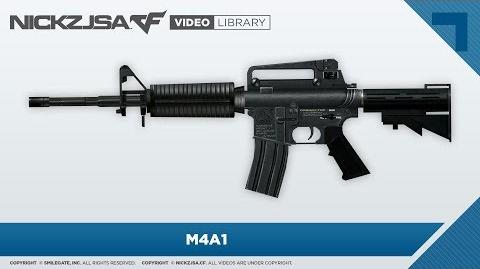 Retrieved from "https://crossfirefps.fandom.com/wiki/M4A1?oldid=218348"
Community content is available under CC-BY-SA unless otherwise noted.