M37 Stakeout-Ghetto is a shotgun variant of M37 Stakeout in CrossFire.

M37 Stakeout-Ghetto features a graffiti texture combined with camo bandages on the weapon.

This weapon has similarity to the Ares variant, which is players are able to swap ammo between buckshot or slugs. 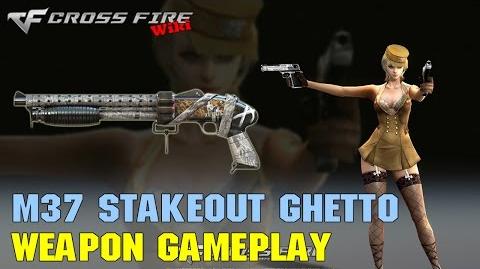