As its name suggests, it features colorful streamers on the gun's body with the ammo shell being colored yellow. Like the Ares variant, this weapon can be toggled between normal buckshot shell and slug shell; furthermore, it has 8 rounds per magazine with improved speed. Uniquely, this weapon features special firing effects that released confetti instead of muzzle flame or smoke, which made the gun similar to the party popper.

This weapon is also customized for Guess Me Mode as when equipped in the said mode, players will automatically use this gun instead of the default XM1014. In this mode, the slug ammo has been replaced with Firework Shot - click RMB will make the gun shoot out a confetti slug round that deals no damage, thus protecting players from accidentally killing Good NPC Inmates. This can be used to identify real Robbers, as NPC will never react to any shot whereas Robbers will likely attempt to run away or close in upon hearing the shot, allowing Police to immediately LMB him to death with a quick follow-up shot.

Shooting
Add a photo to this gallery 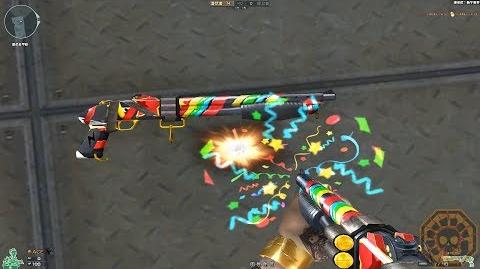 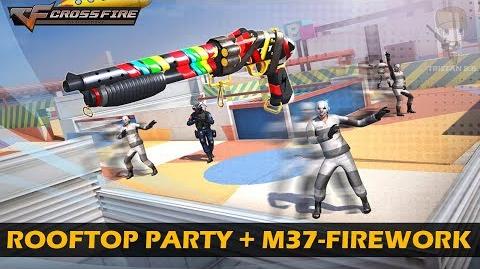 Crossfire Vietnam M37 Stakeout-Firework
Add a photo to this gallery
Retrieved from "https://crossfirefps.fandom.com/wiki/M37_Stakeout-Firework?oldid=197012"
Community content is available under CC-BY-SA unless otherwise noted.