M249 Minimi-Gold is a machine gun variant of M249 Minimi featured in CrossFire.

M249 Minimi-Gold is a modification of M249 Minimi with golden plated on it. Its ammunition capacity has been increased to 150-rounds per magazine and 300 rounds in reserve, which makes this gun the first machine gun to have 2 spare magazines.

It's considered one of best machine guns in ZM Reward crates, though some people may favor the MG3-Silver or KAC Chainsaw-Rusty Gold Skull due to the former's higher firepower and shorter reloading time or the the latter's excellent accuracy and faster firing rate.

This weapon is available in most versions of CrossFire, and it can only be won for 7 days by opening Crystal Crates or Boss Reward Crates in Challenge Mode. 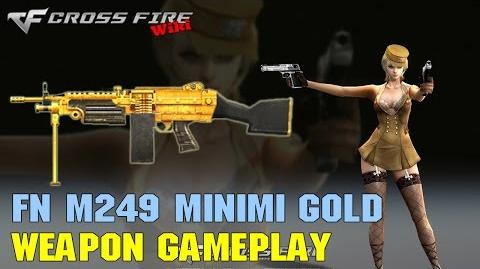 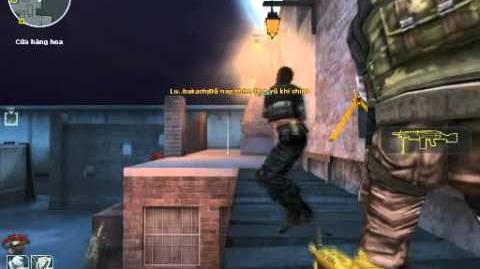 CrossFire VN - M249 Minimi Gold
Add a photo to this gallery
Retrieved from "https://crossfirefps.fandom.com/wiki/M249_Minimi-Gold?oldid=200307"
Community content is available under CC-BY-SA unless otherwise noted.