M240B-Tesla is a specialized machine gun variant of M240B featured in CrossFire.

This weapon features a full bluish texture with white lightning patterns on the gun. It comes with expanded 150 rounds magazine (+50) and improved draw and reload speed, making it a step up comparing to the original M240B.

Being the first Anti-Zombie Weapon, M240B-Tesla receives significant buff when used in Zombie Mode. In these modes, instead of the original 7.62x51mm ammo, this gun is equipped with special electric bullet (blue), which delivers a critical shot every 3 bullets, dealing more damage against Zombies. It also features a Charging Bar just like the one on AK47-Knife Transformers, and when it's full, clicking RMB will fire off a Tesla shot which deal massive damage to the enemies. Finally, M240B-Tesla receives six spare magazine in Zombie Mode, so players can last much longer before visiting the ammo station.

Gold
Add a photo to this gallery

HUD (PvE, Charged)
Add a photo to this gallery 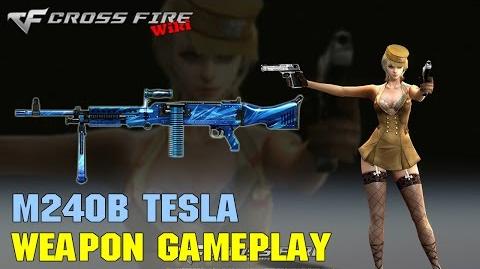 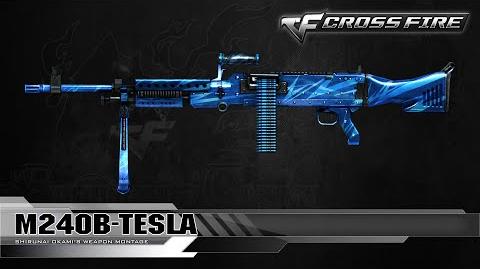 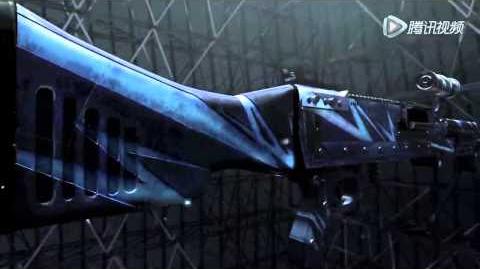 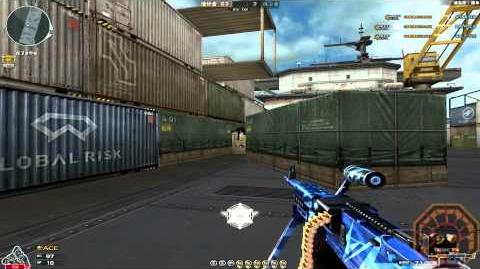 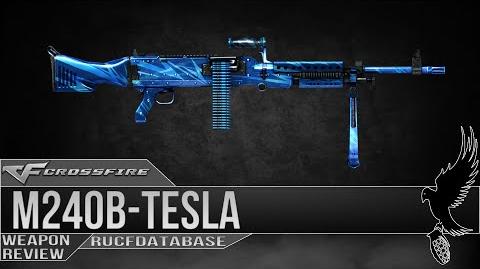 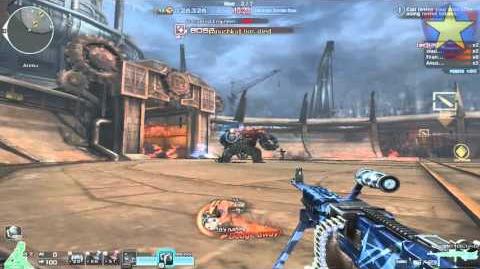 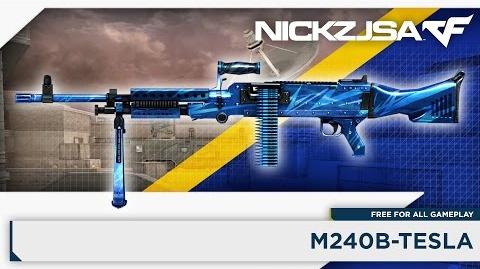 M240B-Tesla - CROSSFIRE Indonesia 2.0 - FFA
Add a photo to this gallery
</nowiki>
Retrieved from "https://crossfirefps.fandom.com/wiki/M240B-Tesla?oldid=200394"
Community content is available under CC-BY-SA unless otherwise noted.