M1A1 Carbine is a semi-automatic rifle in CrossFire.

The M1A1 Carbine is a semi-automatic carbine. It is the paratrooper version of the M1 Carbine, as evidenced by its folding stock. The M1 Carbine was the second most issued rifles after the M1 Garand for the U.S. military during World War II. They were made by Inland, a division of General Motors. Both the M1 and M1A1 Carbine use .30 Carbine, and were designed to replace the M1911 to provide more firepower for NCOs, machinegunners, and paratroopers who don't need a full-sized rifle. The M1A1 Carbine was never intended to be a frontline weapon. It was used by paratroopers who were in favor of its versatility and lightweight, better than current existing M1911 for airborne operations.

This weapon is good for neutralizing the enemy with countable shots. It has a moderate firepower, high accuracy, low recoil, and lightweight. Because it is a semi-automatic weapon, its firing rate depends on the shooter's trigger finger.

HUD & World view
Add a photo to this gallery 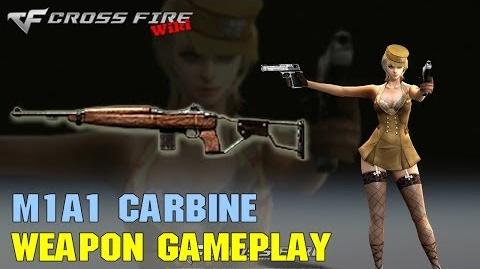 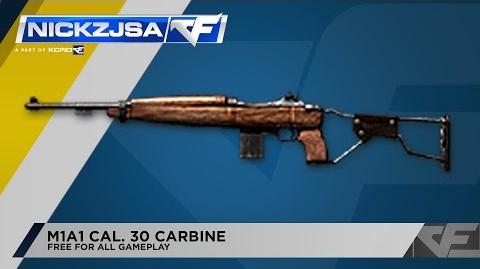 Retrieved from "https://crossfirefps.fandom.com/wiki/M1A1_Carbine?oldid=187025"
Community content is available under CC-BY-SA unless otherwise noted.