M16A2 is an assault rifle and an upgraded version of the M16 featured in CrossFire.

Compared to its predecessor, M16A1, the M16A2 is much more stable and has the capability to have 1-hit headshot kills at any range. This outclasses the M16A1 in every way and puts the M16A2 in the same league as the M4A1 rifles. In some versions, the M16A2 has a higher magazine capacity of 35-rounds with 105 in reserve, while other versions only feature the 30/90 ammunition clip.

With its low price, solid power and stability, the M16A2 is a very respectable choice for beginners and a good addition to anyone's inventory, although this gun can easily being outclassed by other weapons such as Steyr TMP.

Available in all CF versions

Digital Camo
Add a photo to this gallery 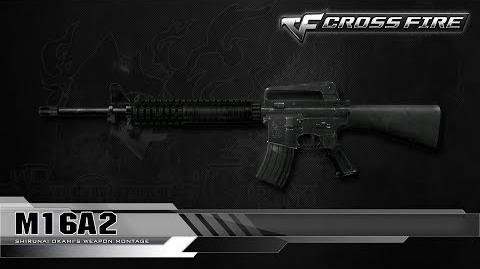 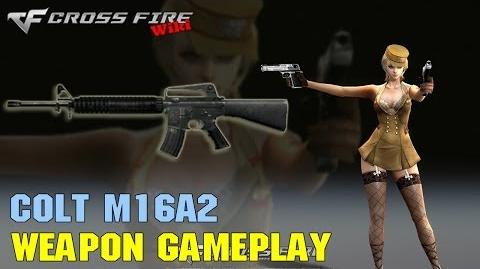 CrossFire - Colt M16A2 - Weapon Gameplay
Add a photo to this gallery
Retrieved from "https://crossfirefps.fandom.com/wiki/M16A2?oldid=187827"
Community content is available under CC-BY-SA unless otherwise noted.