M1216 is a combat shotgun in CrossFire.

M1216 is the second semi-automatic shotgun, after the Jackhammer, with good accuracy and firepower.

It has a compact design similar to the PP-19 Bizon with the 4-tubes magazine situated below the front barrel, allowing a player to reload fast. The M1216 has a large magazine capacity, holding 12 rounds in its tube mag (same level with Vepr-12, another magazine feeding shotgun), plus 36 in reverse. This makes M1216 quite valuable in long run as most shotguns with this capacity only pack two spare mags.

It has very high damage dealing, higher than SPAS-12 and nearly equal to the AK-47, but the spread is notably large, and the firing speed is only moderate. However, this gun has a decent accuracy when continuously firing.

In all CF servers, M1216 can be obtained via ZM Reward Crate (Gold upward).

Perfect Silver
Add a photo to this gallery 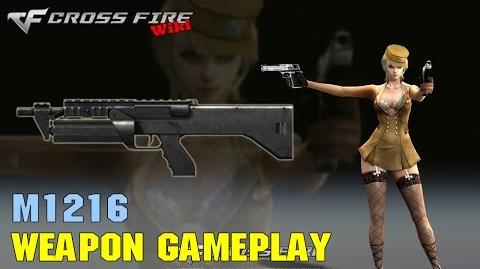 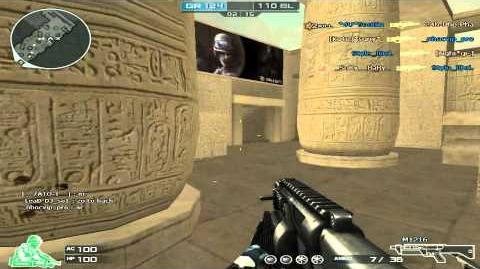 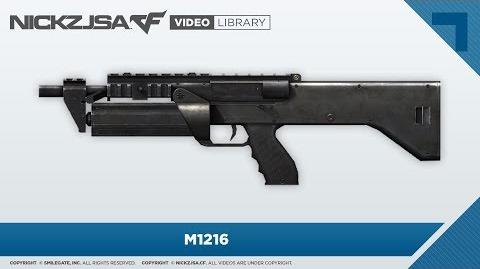 Retrieved from "https://crossfirefps.fandom.com/wiki/M1216?oldid=189230"
Community content is available under CC-BY-SA unless otherwise noted.