Lewis Gun is a machine gun featured in CrossFire.

The Lewis Gun is an antique machine gun from the World War I era (like CSRG M1915) with a drum-pan magazine on top and a large caliber barrel. It was one of the main machine guns of the British Army and British Empire soldiers during the time, second only to the Vickers Machine Gun.

In CrossFire, this gun has a very slow rate of fire, very high recoil, low accuracy, and very heavyweight (equivalent to most sniper rifles). But it does have very strong firepower, able to kill in 2-3 hits. It has similar draw/reload animation with the DPM, albeit a bit slower. 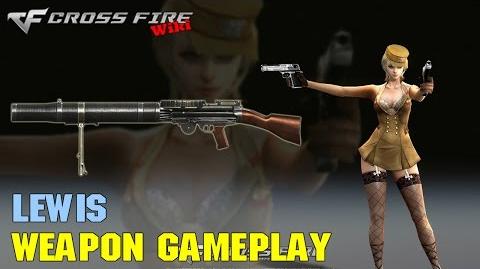